My mother’s eyes lit up.

“Yes! I found that one of Jimmy I’ve been hunting around for. He’s on top of the Empire State Building!” Sure enough, she had found a picture of my Uncle Jimmy and his friend Maurice in the city I called home for 11 years. The best part of it is (aside from the hairdos) is that the east side of the city is behind them. One can make out the Chrysler Building, UN Headquarters, and the 59th Bridge going into Queens (and Roosevelt Island underneath it).

“It’s not your city anymore,” my mother said.

“She’ll always be my city. Even though she bled me dry and nearly sucked the life out of me.”

After eating a Whoopie pie—okay, fine, two Whoppie pies—I started scanning in some of the other treasures my mother had found since our last photo project. After adding the new ones to our collection, we realized our tally had reached nearly 400 family photos.

That’s a lot of Fords and Blanchettes.

Here are some of the other pictures I decided to share with the world (even though some of them might get me killed). 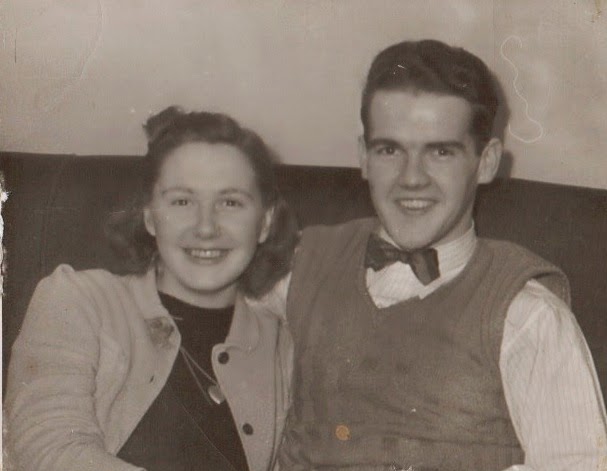 Grandma and Grandpa Ford looking young and in love. 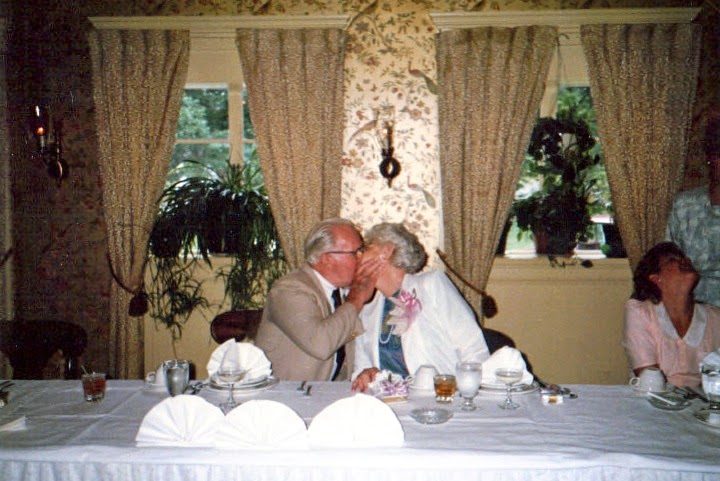 Here they are at their 45th anniversary party. Still pretty frisky. 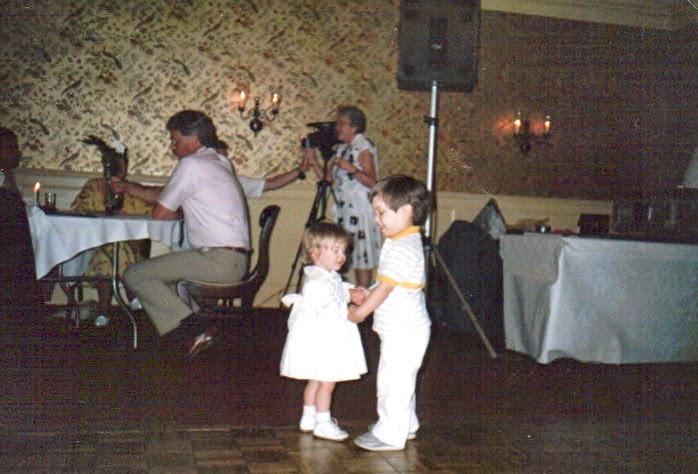 My cousin Melissa and I dancing at said party. That was the last time Daniel Ford pulled off wearing white pants. 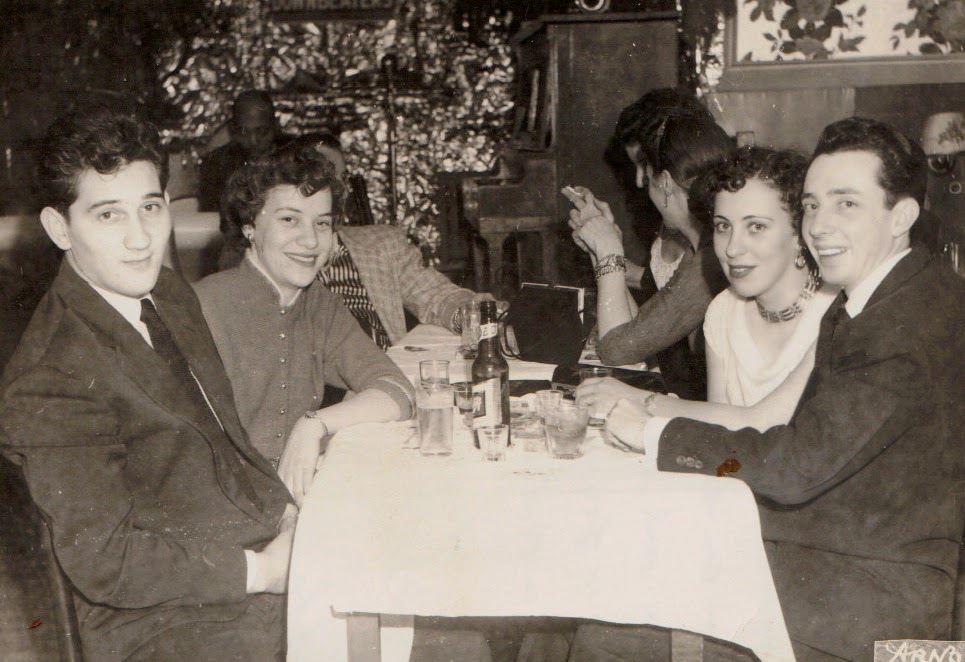 My mother’s sister Rolande and her husband Don (on right) with an unidentified couple. 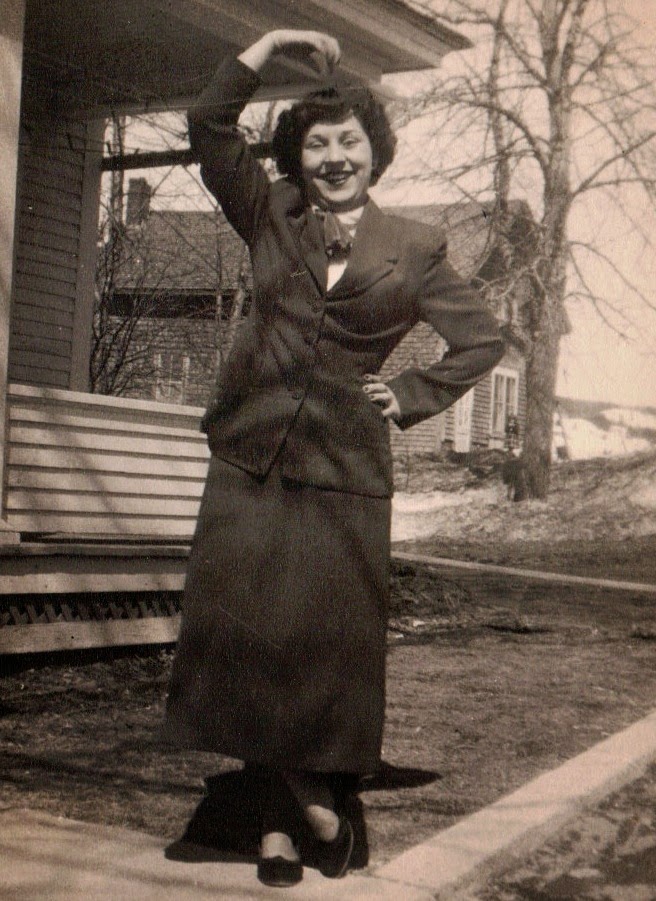 Another great photo of my mother’s sister Artheline. 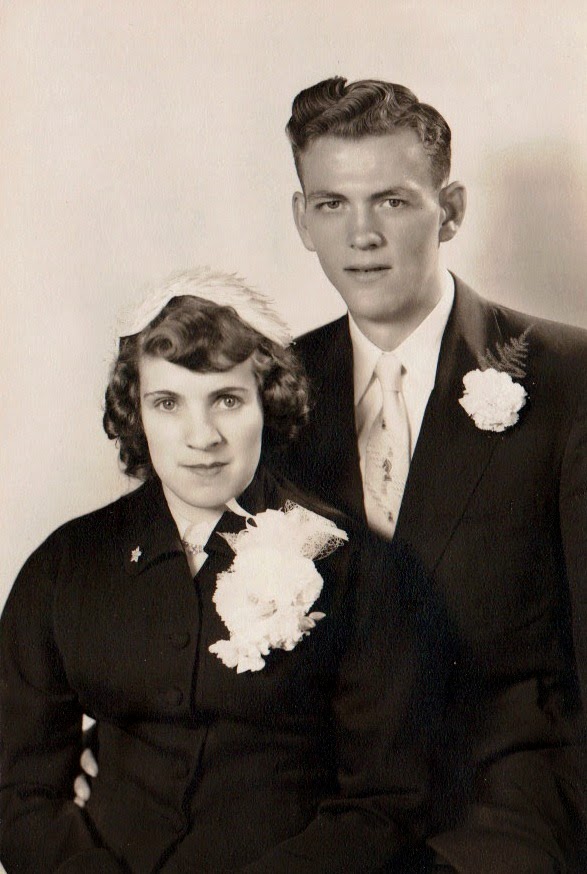 These compilations wouldn’t be complete without my Uncle Pit and his truly awesome hair. Here he is with my Tante Lucille. 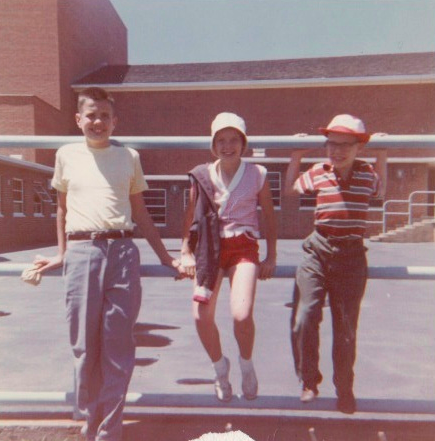 Uncle Stephen, Aunt Kathy, and my father hanging out. So far, we’ve only found one picture that includes my Aunt Ellen. 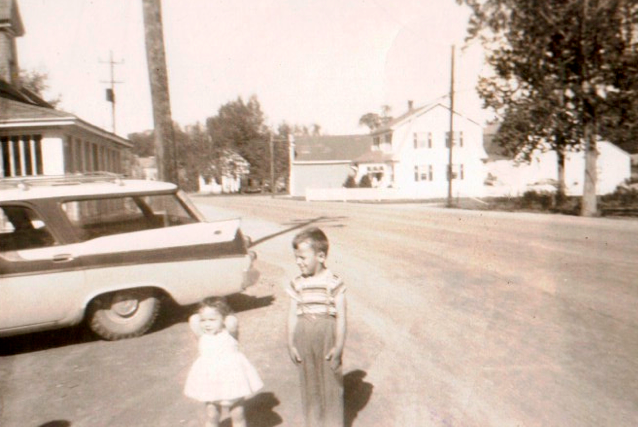 My Uncle Bobby looks thrilled with my mother in this picture.

These Mainers are up to no good. My mother is the second from the left. My cousin Ivan is in the cage. No one knows why... 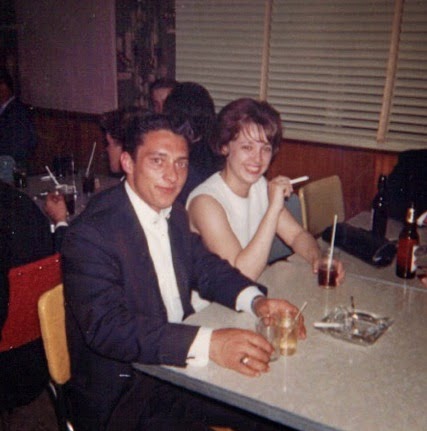 No one looked cooler than my Uncle Jimmy out and about. He always looked like he was about to get into trouble and enjoy doing so. During one of the last conversations we had, I told him not to get into too much trouble in the hospital. "Don't worry, if there's trouble here, I'll find it," he said. He was pretty sick, but he still had plenty of humor left. As you can see in the following picture, I can't quite pull off the same look (although I did manage to convince a beautiful woman to sit next to me): 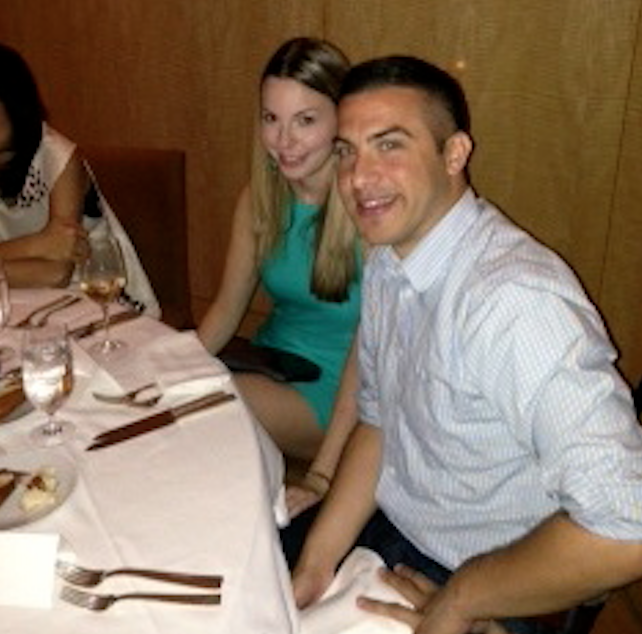 (That sound you hear is my mother screaming, "Oh my god! You look just like him!) 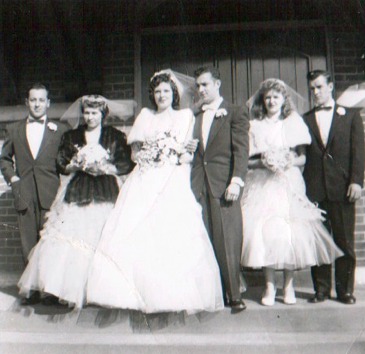 Speaking of uncles I look like: my Uncle Clifford’s wedding.

My Pépère is unimpressed with being surrounded by several young girls. 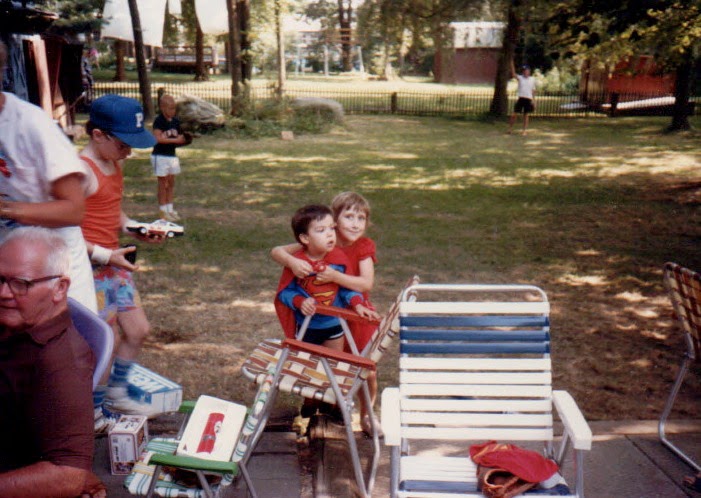 To keep things fair, here is one of me wearing a Superman outfit. My cousin Judy—who I followed around like a shadow—is helping me tie my cape. 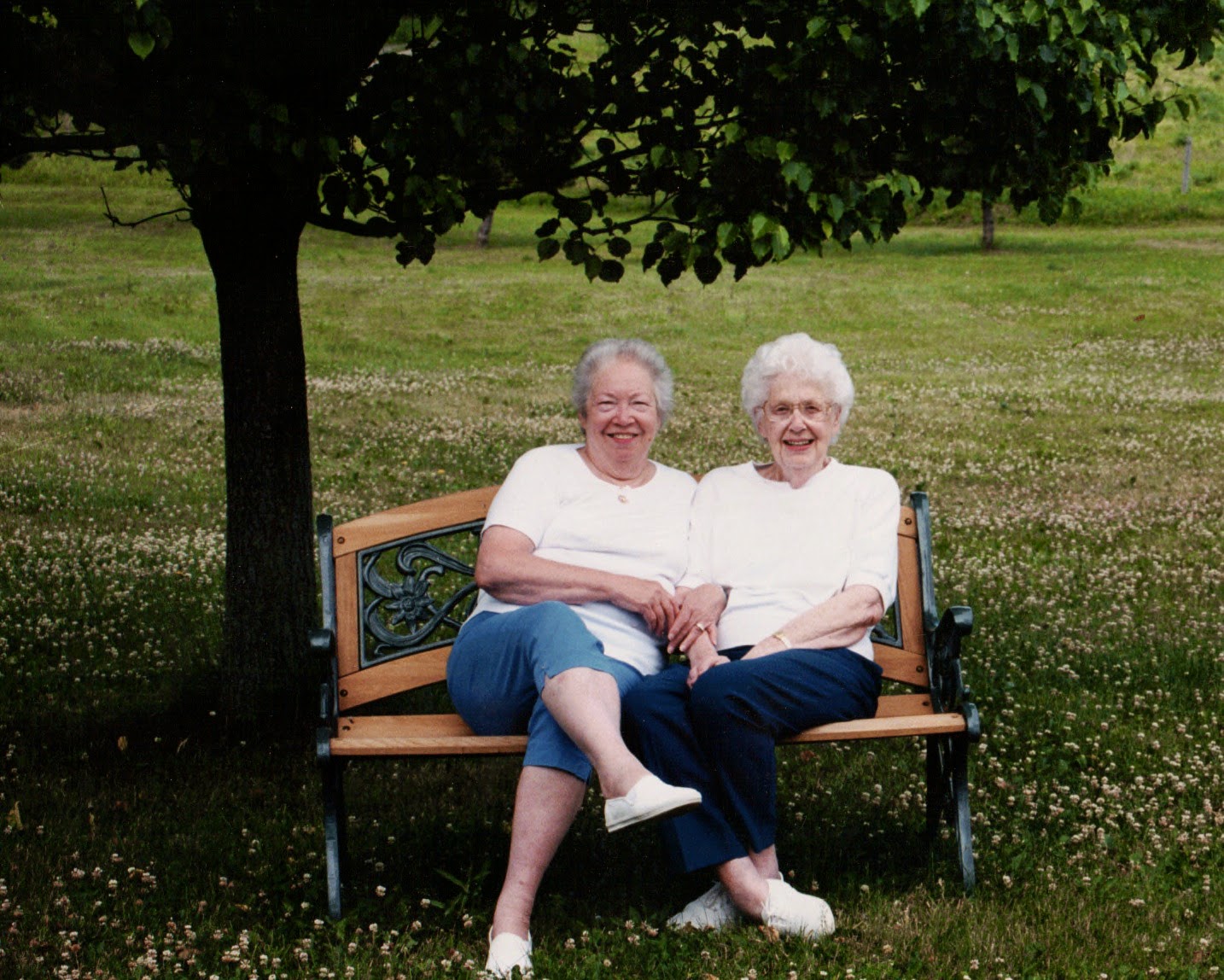 My Aunt Avie (who my father calls "a peach") with my grandmother. I’m going to let my Aunt Kathy write the rest of this caption: “How beautiful can any woman be! You can see by these pictures that her sweetness has always been there (except when she talked about that girl's basketball coach that she couldn't stand or the Red Sox!).”