The Boy in the Red Superman Cape

Sorry, I had to get that out of my system.

To say I’m excited for the premiere of the Man of Steel would be an understatement. All I want in life is a good Superman movie to enjoy, and, judging by early reviews, this one gets the job done.

Anyone who follows this blog knows that I was Superman as a kid. I pretended to be a lot of characters, but none as passionately as the man in blue. I wore a cape well into my teenage years (yes, I’m admitting that shamelessly), my mother sewed a Superman “S” to a blue sweatshirt with matching sweatpants, and my mémère scoured stores to find me red boots.

My family had no trouble coming up with Superman stories from my youth.“You stopped being Daniel as soon as Clark Kent came into the picture,” my mother tells me. “I was always afraid you would try to fly off tall furniture, but thank God you were afraid of heights!”

My cousin Caryn said that I “always” had my cape on and she doesn’t know how it didn’t disintegrate. “You looked like a little cartoon version with your dark hair,” she tells me.

“Judy and I were hanging out in the basement at that little table and she hears you arrive at the house upstairs,” my cousin Carol said on Facebook. “She leans over, winking and says, ‘Daniel is Superman...just go with it.’ I thanked her for informing me and went with it.”

Speaking of Judy, my cousin who probably spent more time with me growing up than just about anyone, wrote me the longest Facebook comment in the history of Facebook comments:

“The first cape I remember you having was the one that Velcroed to the shoulders of your pajamas, which never stayed on after the first few washes, and, man, did you get mad if it wasn't on. If I remember correctly your mom pinned it on for a while until you got one that tied around your neck. I remember when you first got that one you told me something like ‘this me being real Superman now!’. Whenever you came over to visit you would run into our house to find me. When you did, you would always have some Superman saying to announce your arrival like, ‘Here I am to save the day!’ or ‘Superman is here to help you Judy!’ I remember a few times when you were a little older you actually doing a bit pretending to be Clark Kent. You would put on a coat or robe or whatever was closest and pretend to go into the phone booth and come out as Superman. What made that funny sometimes was you could see your cape sticking out from under your coat as you did it.”

Christopher Reeve will always be my Superman and I’ll always consider Superman II as the best superhero movie ever made. That flick was the first movie my older brother Tom saw in the theater, which has made him reluctant to fully embrace the new take on the character, as well as Michael Shannon’s General Zod. He hammered that point home by texting me every line Terrance Stamp had in Superman and Superman II.

I can’t really blame him. Even if you take out the nostalgia bias, nothing can ever top this scene:

My father loved reenacting that moment with us, usually with me as Superman. With respect to Shannon and Stamp, Kenneth Ford will always be my favorite Zod. “It was my favorite scene watching Zod’s hand getting crushed,” my father tells me. “And I wasn’t fake screaming when you guys did it to me.”

More evidence of my unabashed love for Superman: 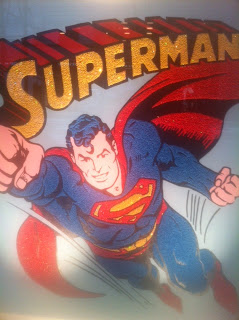 I asked my nephew Jack who his favorite superhero was on a recent visit to Connecticut. He said Superman without a moment’s hesitation.

“He’s the best,” Jack said, giving me a fist bump and then blowing it up. He even came downstairs the next night just to show me he was wearing his favorite Superman pajamas.

My sister-in-law later told me that she was planning to sort through all of her kids’ old baby clothes to free up some space, but knows she can't part with a Superman onesie.

“Your mother got that for Jack knowing your love of Superman,” she told me. “So your kid will have a Superman outfit one day.”

While my superpowers may have never developed, I have hope for the next generation. And as the new movie reveals, hope looks like this: 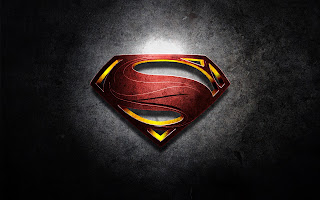