14 Family Photos I Couldn’t Live Without

For as long as I can remember, the walls in the study of my parent’s house in Connecticut have been covered with family photos.

Pictures of my nephew Jack and my nieces Katie and Madeline have deservedly taken over half the room, but one can still find me in eighth grade as the Cowardly Lion, my younger brother in his high school baseball uniform, and my older brother’s tragic high school yearbook photos.

Aunts, uncles, grandparents, and cousins of all sorts are on display as well. Even more can be found in the living room, but more than likely in what my mother describes as her “dead people section.”

However, thanks to all these images, it feels like no one ever quite leaves us completely. They are always there watching us, protecting us, rooting for us, picking on us, and experiencing the next generation of the family along with us.

The last few holidays, my mother and I have diligently rummaged through old photo albums and picture frames in an effort to scan as many faces of the family tree as humanly possible so that all future branches have something to hang in their homes on the moon.

Trying to choose the favorites out of our extensive collection is next to impossible, but I couldn’t resist highlighting some that I think capture everything that’s special about my family.

Here are 15 photos I know I couldn’t live without: 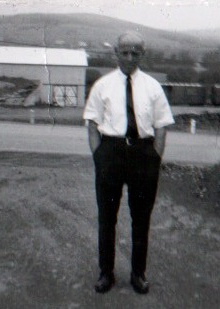 It’s not often you get to feature your family into a professional blog post. However, thanks to a pocket watch my mother gave me that was owned by her father Arthur, I was able to do just that. I hope that the watch I now carry around is on his person in this undated photo. 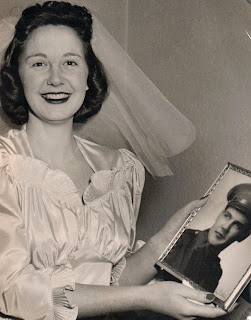 As I mentioned in my best man speech at my younger brother’s wedding, Grandpa Ford went AWOL to marry my grandmother Marie. This photo of her holding a picture of him in uniform captures everything about that moment. My younger brother and his wife recreated it as part of their wedding pictures. 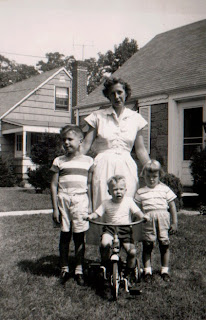 New York City is in my blood. My father’s parents were born in the city, fell in love in the city, and started a family in the city. Here’s my grandmother outside their house in Long Island with my Uncle Stephen (on the left) and Aunt Kathy (on the right). My father is on the bicycle. 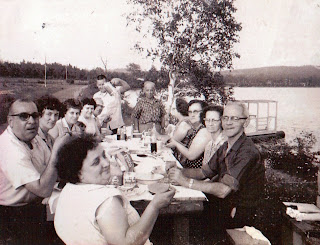 Both sides of my family like to eat and drink, so it’s no surprise there are quite a few images of us sitting around some kind of table doing both in equal measure. I love this one because it includes a sizable chuck of the older Blanchette crew and my Pépère wearing an awesome shirt. 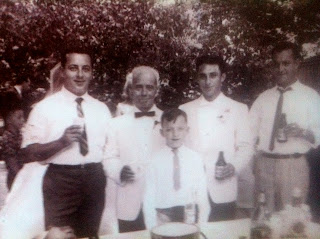 Speaking of drinking, one of my favorites of the Blanchette men drinking beers at a wedding. 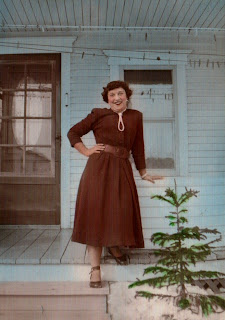 My mother’s sister Artheline died in a car accident when she was 16 years old. My mother resembles Artheline the most. Thanks to iPhoto, this somewhat faded photo came alive again in haunting beauty. 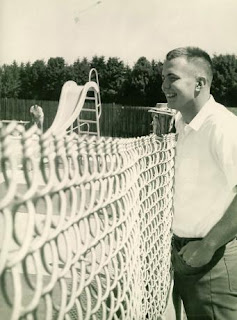 I wrote about why my Uncle Stephen is so special in one of my earliest blog posts. I think about him the most at the start and end of every baseball season, and every time the Red Sox beat the Yankees (yes, I have family members who stray from the pack). My father adores this picture of him and so do I. 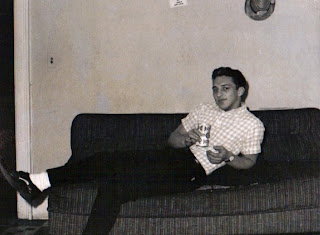 I consider myself an amalgam of several of my mother’s brothers. I have Clifford’s temperament, Jimmy’s dark hair and build, Roland’s charm, and Bobby’s skill with tools (Ha! Just kidding). However, I have never, and will never, look as cool as Jimmy does in this picture. 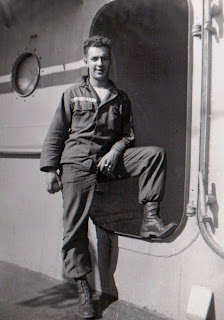 I can’t tell you how much my younger brother looks like my Uncle Clifford in this picture. It is eerie. It’s also pretty badass. 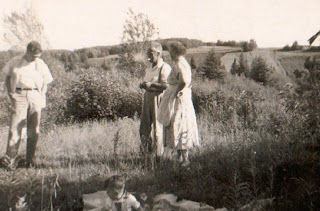 This picture mesmerizes me for some reason. I don’t know if it’s because it features my Uncle Pit (far left), Pépère and Mémère, and my Uncle Bobby (baby in the foreground), the scenery of upstate Maine, or its light and dark contrasts. It’s such a simple image that says so much. We found it yesterday and I’ve been looking at it ever since. I imagine I will be for some time. 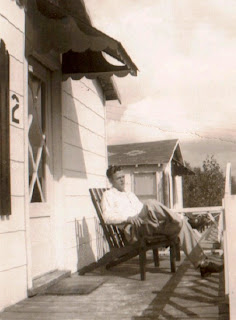 My Uncle Pit passed away recently. This photo from his honeymoon is how I imagine him wherever he is. Before he starts causing trouble with my uncles that is. 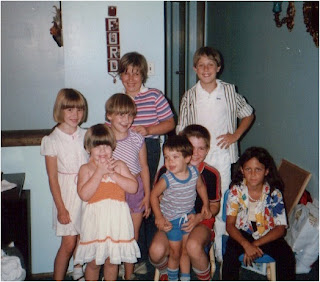 I’m going to get in so much trouble for including this one, but I don’t care. We’re missing my brother Patrick at this point, but I make up for it by being adorable. 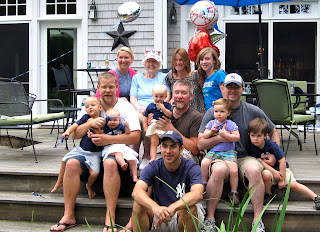 We organized a Yankees-themed 90th birthday for my grandmother. Someone gave her a pink Mets hat to wear. #Facepalm. 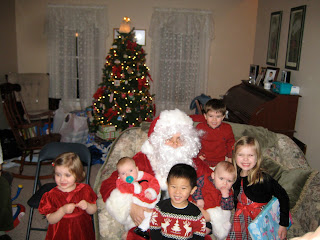