The Birth of Sid Sanford and the Art of Being Good

“Mr. Ford, can you please see me after class?” Ms. Hayward said as she paced around the class.

It was the second day of senior English class and I was diligently writing an essay on Beowulf. There wasn’t anything I could have possibly done wrong.

At the end of class, Ms. Hayward waited patiently while my fellow students filed out of the room.

“Is there any specific reason why you aren’t in the AP English class, Mr. Ford?” she asked point blank.

She let me stutter and flop around like a caught fish as I told her some of the reasons I hadn’t signed up (and not the one about me wanting to coast senior year) for a couple of minutes and then held her hand up.

“You were the only one who raised his hand when I asked the class the first day whether anyone liked to read and yours was the only summer reading essay that had an introduction, body, and conclusion,” She said calmly. “You’re going to go home and talk to your parents about moving up and then we’ll work on rearranging your schedule.”

I’m pretty sure I didn’t utter a string of five intelligible words during the entire conversation. Needless to say, I did what she said.

Ms. Hayward and that AP class changed my life. I was exposed to different forms of literature, honed my budding writing talent, and was armed to the teeth for my freshman year of college.

However, something, or I should say someone, else came out of that class that would dominate my life for the next decade.

As fate would have it, I joined the class right when they were about to take a field trip to the Norman Rockwell Museum. I turned in my permission slip like everyone else already had and went on the trip and had a great time.

Not long after, Ms. Hayward started class by talking about this strange note she had received from the office claiming they couldn’t find one of her student’s permission slips. She hadn’t recognized the name of the student and spent the morning trying to figure out who the hell he was.

“Turns out the secretary’s Ds look a lot like Ss,” she explained to the class. “They were looking for Dan Ford’s permission slip.”

Of course they were. Nothing like slipping into a new class unnoticed, I remember thinking. She walked over to my desk, dropped the note in front of me, and pointed at me.

“From this moment forward, you are Sid Sanford,” Ms. Hayward said.

Even then, I was enough of a writer to know a good character name when I heard it. I began signing my papers with the name and crafting stories revolving around this new persona I was developing.

Based on our visit to the museum, we had to write a short story focusing on Rockwell’s Four Freedom paintings. I wrote mine about the Freedom of Speech, which featured a poor farmer named Sid Sanford (check it out at the end of this post).

Sid did much more than that in the following years. He became part of a novel based loosely on my life; a novel I’m proud to say I finally finished on Feb. 26.

During the time I was writing it I think some (including myself) believed the line between me and my main character had blurred to the point where he was my alter ego and vice versa. But that's crap. I was never Sid Sanford; I just happened to be writing him while learning how to be Daniel Ford.

Being good can be an art form if you're as hard on yourself as I am. But there comes a time when you just have to set aside your young, dumb mistakes and fully embrace the better angels of your nature.

Some of the things I went through led to the man I always wanted to be; as well as the man I always should have been. My father's lessons and those lessons I learned myself the hard way are pointing me to the future I deserve and have been striving for.

For the moment, the era of Sid Sanford is over. I don't know if any more adventures or tales await him, but they will be completely fictional and all his own if they occur. 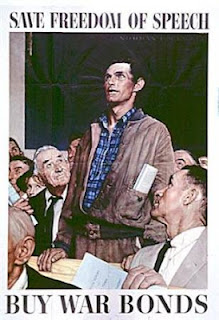 His tallness filled the overpopulated room and quieted the frustrated commotion. I didn't recognize the mountain of a man. I had just been with the local newspaper for just a week or two and was still trying to adapt to this small Vermont town.

The others in the room arched their backs and turned their heads, trying to see who had put such a hush over everything. The man standing was a worker, that I was sure. His hands showed the trial of working in the soil and his face was burnt and brown from many hours under the sun. He wore a leather jacket, dust and dirty, underneath which was a blue checkered button down shirt. His khaki pants were well worn and in desperate need of a wash. The town's annual report was tucked into his jacket pocket, twisted, no doubt, by his frustration. All eyes were upon him, yet he showed the poise and strength of Abraham Lincoln.

"Would you like to say something, sir?" Mayor Norman Peters queried.  The man licked his parched lips and began to speak.

"Yes sir. The name's Sid Sanford. I own a farm on the outskirts of this town.  Not many people know me; I don't get out much. Don't normally come to these things, but felt I needed to say my peace. The cuts y'all got planned gonna hurt my family some. It's hard enough to feed them and do business at the same time. I figured you could figure something out to help me." He said. He wasn't use to public speaking and it showed. He was trying to find his words as he went along and fumbled his words a bit. Still, he had that confidant, determined look on his face.

"We tried as hard as we could to make things fair Mr. Sanford. There's just nothing more that we can do," the treasury replied.

"That's a load a bull and you know it," an old man to Sanford's right boldly exclaimed. The man's wrinkled and tired face told the story of a life that was filled with its share of hard times and low valleys.

"Don't get your feathers all riled Amos. Just sit tight, Mr. Sanford has the floor," Mayor Brooks interrupted. He saw that the scene was about to get nasty and prepared for the worst. However, Sanford merely shrugged his shoulders.

"I guess I'm done. I just wanted to say my peace." He sat back down, leaving the "suits and ties" to squabble over what they felt would be the best course of action for the town. However, in the end nothing changed. The minds of the committee were made up and not even the direct words of a farmer could change them. The meeting ended a few short moments later and I rushed to the exit to have a few words with Sanford. I found him walking along the road, lighting up a cigarette.

"Can I ask you something Mr. Sanford?" I asked after I caught up with him.

"Sure can. I'm just a dumb farmer and may not give ya a good answer, but I'll give it a whirl," he said taking a deep inhale of his cigarette.

"Why didn't you fight harder in there?  sn't there more that you could have said?"

"I just wanted to say my peace and that was all. They had they's mind made up. I just wanted to use my voice. Not many places in the world where I could have done that. I's lucky to live in this here country. Those stiffs in there will never appreciate our country. Theys spend too much time arguing. But America sure is grand, wouldn't ya say?" he asked.

I just nodded my head as he walked away.
Posted by Daniel Ford at 4:11 PM
Email ThisBlogThis!Share to TwitterShare to FacebookShare to Pinterest
Labels: Four Freedoms, Norman Rockwell, reading, writing