Summer to me has always been a time where my appetite for devouring any book, movie or television show put in front of me knows no bounds. In that spirit, during the next couple of months I'll offer up my recommendations for your lazy, summer days and nights. This inaugural list is mostly baseball related, but I plan on highlighting a wide range of diverse genres to satisfy as many people as I can. If you have any suggestions for me, feel free to send them my way. Long live summer! 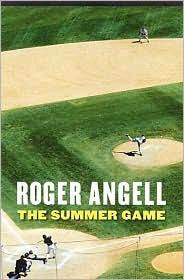 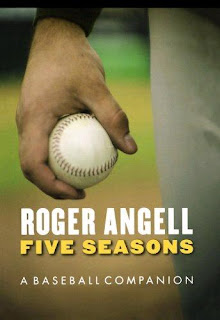 I read Summer Game and Five Seasons by Roger Angell late last February and doing so made me crave the start of the baseball season like never before. Angell’s writing made me feel like I was sitting next to him in a bar having a conversation over watered down light beer.

Summer Game chronicles the years 1962 through 1971, an era that saw the demise of the great Yankee championship teams, rise of the Baltimore Orioles and two former New York teams in sunny California. One of my favorite chapters is the one in which he goes into statistical detail on 1968’s “Year of the Pitcher”. In a year in which the great Bob Gibson of the St. Louis Cardinals pitched to a record 1.12 ERA, the two leagues combined batting average was .232 and there were 340 shutouts recorded.

Angell’s heart though lies with the woeful infancy of the New York Mets which is sweetly apparent in every chapter devoted to New York’s second team. At a game early their inaugural 1962 season (in which the Mets lost a record 120 games), Angell struggles to figure out why the Mets fans surrounding him are cheering and rooting on such an inept team. He realizes that the Mets symbolize the antithesis of the mighty Yankees; that “there is more Met than Yankee in every one of us”.

Five Seasons picks up right where Summer Game left off in 1972. Some of the highlights include the greatest World Series every played in 1975 between the Boston Red Sox and the Cincinnati Reds, three faithful Detroit Tigers fans and the three year dynasty of the Oakland A’s. Like Summer Game, the Yankees are strangely absent from the scene (until the 1976 season detailed toward the end of the book). It was refreshing to read about a time in which my favorite team couldn’t just demand the center of attention. I liked reading about characters such as Vida Blue, Nolan Ryan, Tom Seaver and Brooks Robinson, none of whom donned the Yankee pinstripes.

The Bronx is Burning by Jonathan Mahler 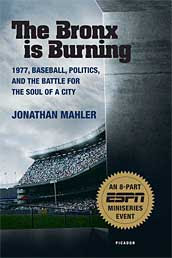 I caught bits and pieces of the eight-part ESPN special a couple years ago, but not enough to really understand what happened in the sultry summer of 1977 in New York City. I picked up the book by Jonathan Mahler in a bargain section of a bookstore and blew through it in little over a week. Intertwined with the Yankees impressive World Series run is the story of a much different city than the one I live in now. Crime was rampant, a blackout inflamed the ghettos in Brooklyn and the Bronx and there was a serial killer on the loose terrorizing young couples for a year. The city was decaying and being fought over during a bitter mayoral race won eventually by Ed Koch. Also interesting was Mahler’s detailing of Rupert Murdoch’s purchase of the New York Post and how it set off a newspaper war the likes of which not seen in decades. He makes the larger than life persona of appear more human, well, until his three World Series homeruns made him a hero to New Yorkers who had vilified him all season long. Mahler lets the facts of that year speak for themselves, hardly adding any of his own dramatizations. Even non-Yankee fans will appreciate how far the city has come since those dark days and how our problems now are not insurmountable. 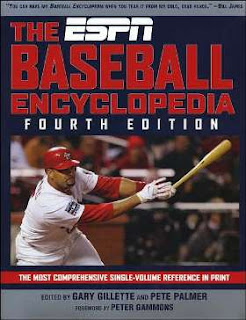 This is my Bible. It’s where I get all of my stats whenever I do a Player Spotlight. Currently, I’m using ESPN’s fourth edition which came out after the 2006 season, but I was weaned on my older brother’s 1980’s edition. I used to lug that tome around to both of my brother’s practices and ask my dad a million questions about players he watched as a kid. After complaining for years that I didn’t have an updated copy, I finally walked down to the Barnes and Noble near St. John’s and picked one up. I could barely afford my rent at that point, but it didn’t seem to matter because fresh statistics from the past ten years were now at my finger tips. Now I know that Mike Gallego has a lifetime batting average of .239, Jim Abbott won 87 games with only one hand and Ron Karkovice hit 96 career homeruns. It’s been an invaluable tool and if there are fans as nerdy and opposed with meaningless stats as I am out there, this book is for you. 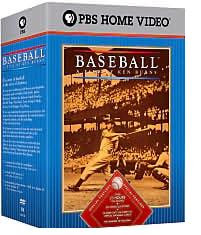 Baseball, directed by Ken Burns, is a masterpiece. There is no other way to describe it. Each decade of baseball’s history is detailed in Burns’ signature style and highlights the changes in the country during baseball’s rise as the national pastime. More importantly, however, is the treatment that Burns gives to the Negro Leagues. He does not shy away from the truth that the best ball players might not have been playing in the white Major League. Players such as Josh Gibson, who was characterized as a “black Babe Ruth” and the great pitcher Satchel Paige finally get their due as integral parts of baseball’s history. With more enlightened background information, I was able to even more fully appreciate the heroism of Jackie Robinson.

As a New York fan, I was impressed with Burns’ portrayal of the great New York Yankees, New York Giants and Brooklyn Dodgers teams of the 1950s. For a decade, all three teams were great and were seemingly always battling each other for a championship. I’ve heard some criticism that Burns is too New York centric, but there is no way to separate the city from baseball’s history and I think he does more than an admirable job of balancing everything.

A People’s History of the United States by Howard Zinn 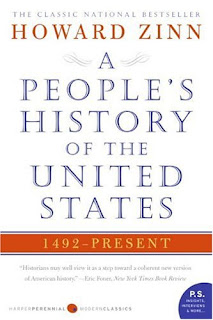 This book in no way shape or form has anything to do with baseball, but I felt it necessary to include it on my first list. This book should be required reading for all Americans. This is one of the first books I read when I started to gain a passion for our nation’s past. Expecting to find the same stories that I had learned throughout my schooling, I quickly found out that this wasn’t my father’s history book. After reading it, you’ll never think the same way about race relations, labor unions or Christopher Columbus. Zinn sheds light on side of history that has for too long been obscured. Our rise to being a superpower has not been easy or preordained and was done primarily on the backs of the people the Constitution and Declaration of Independence claimed to protect. This book affirmed my belief that lessons for the future can indeed be learned from the past and that history does not need to repeat itself. It may not be good beach reading, but it should be a book that finds its way into your hands sooner rather than later.

Being a patriotic fellow, the Fourth of July has always been one of my favorite holidays. As a kid, I remember fondly the barbeques my aunt would host every summer without fail in which she made enough hot dogs, hamburgers, potato salads and Whoopee pies to feed most of Southern Connecticut. Not so fond are the memories of me clinging to the side of the pool in the shallow end while all the “big” kids were having fun in the deep end. Of course, no Fourth of July is complete without fireworks and my cousins always put on quite a show despite the cringing from my aunt and my mother.

That being said, the Fourth gives us pause to remember not only how our great country came to be, but also the men and women who have given their lives to ensuring our democratic freedoms. My undying gratitude and hearty well wishes go out to all the service men and women who are stationed across the globe and here at home in the United States; especially one Airman in particular who is upholding a proud Ford tradition in the armed services. Patrick, we miss you, we’re proud of you and we look forward to your graduation in August.

Wishing everyone and their families a happy, healthy and safe Fourth of July weekend! 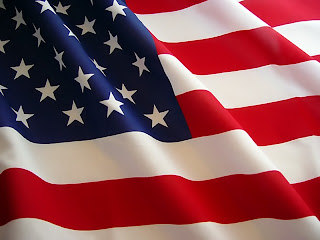